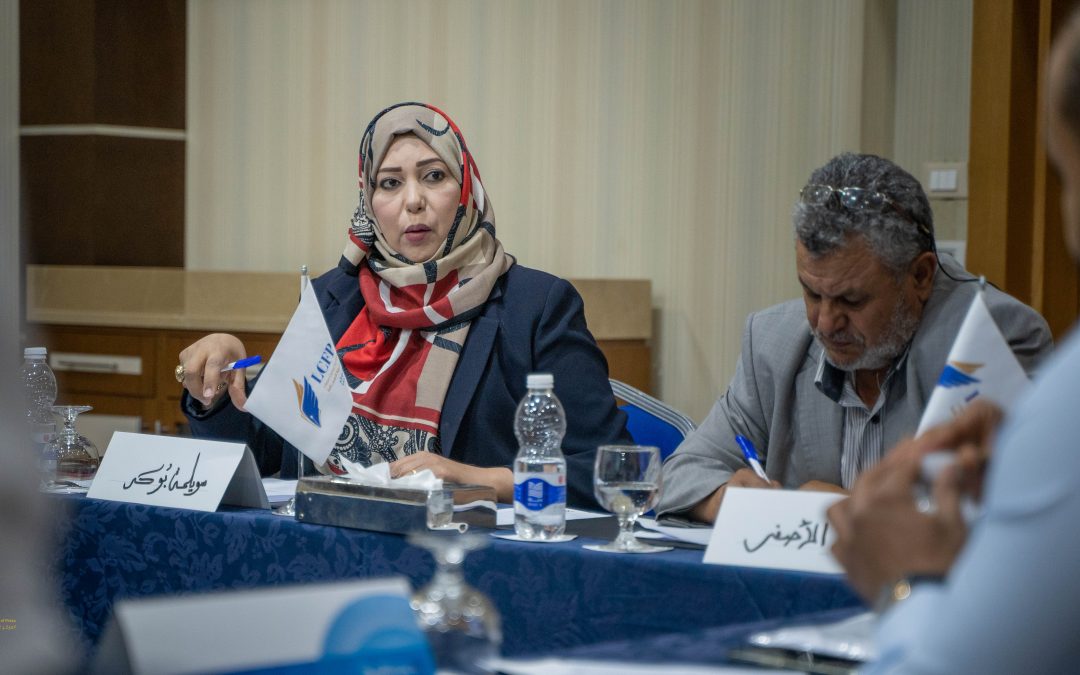 The Libyan Center for Freedom of Press (LCFP) held the regular annual meeting of its General Assembly on Saturday, May 21, 2022, headed by the President of the General Assembly, Ms. Swelma Boker, and the Chairman of the Board of Directors, Dr. Mohamed Al-Asfar. The majority of the Assembly members and the working group were present in the meeting. During this meeting, all projects and activities accomplished in 2021 by LCFP were presented. In addition to the projects that it will work on during 2022-2023. The annual budget and all the expenses incurred by LCFP for the conduct of its business and the success of its projects were also presented. The members of the General Assembly approved the narrative and financial reports for the years 2020 and 2021 with a quorum of half +1.

The annual meeting focused on discussing the state of shortage in funds, the decline in the activities carried out by LCFP since the Covid19 pandemic, and the scarcity of funds from international donors, due to the restrictions imposed by the Civil Society Commission and its “blatant” interference in the work of non-governmental organizations. That happened in the light of the silence of the Presidential Council and the government. LCFP was also faced with a political stalemate and polarization in the country.

During the meeting, Chairman of the Board of Directors Dr. Muhammad Al-Asfar insisted on the necessity to address national government agencies such as executive bodies, public companies and banks to finance media development programs and projects, as stated in the social responsibility clause, and to ensure reliance on national funding, in condition of integrity and independence.

The participants to the meeting recommended to increase the number of participants by setting up a mechanism to attract new members, increasing the funds of major programs, activities, operational expenditures and human resources, and subjecting them to review by an external financial office. They also emphasized the need to expand partnerships at the international level with donor organizations by the means of effective communication.

The meeting concluded with the need to expand the programs and activities of the strategic plan for the years 2022 and 2023, to include media monitoring, verification of allegations, follow-up of the national elections, and the programs to combat impunity and structural and legal reforms of the Libyan media sector. 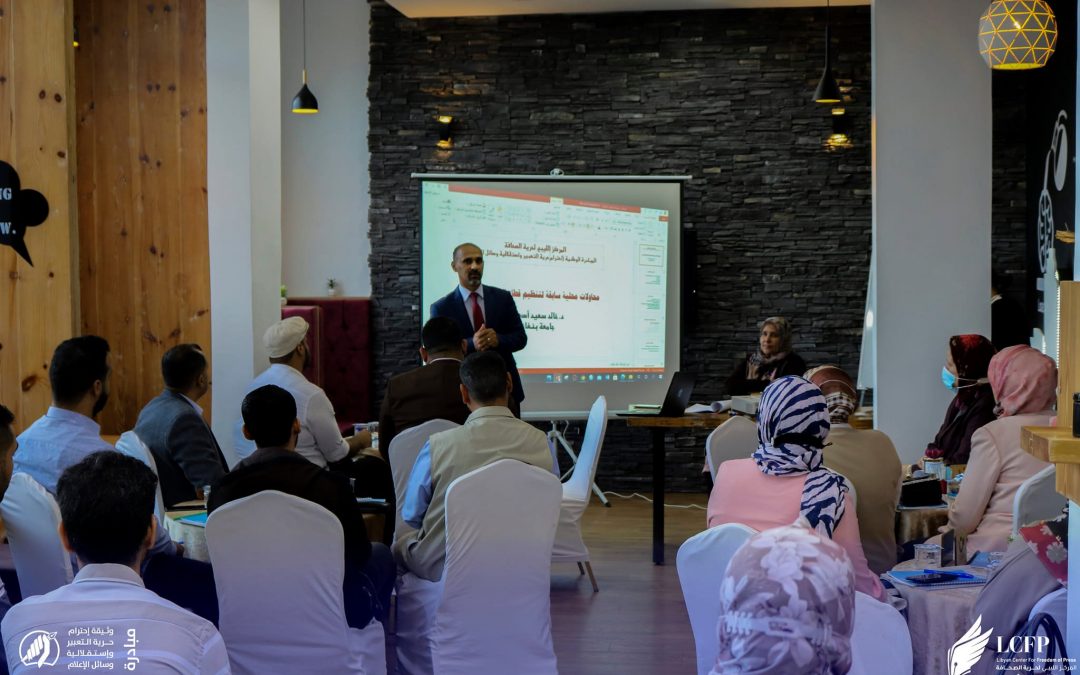 Journalists stress the importance of approving the law of the High Media Council as an independent authority.

A discussion session was held in Benghazi city about the National Initiative for the drafting of a “document respecting freedom of expression and the independence of media institutions”.  A group of journalists and academics attended the discussion session to discuss their vision for the structural and legal reform of the Libyan media sector. The session was organized by the Libyan Center for Freedom of Press (LCFP) in partnership with lecturers from the Faculty of Media, University of Benghazi

The participants discussed the legal framework required to regulate the radio and television work in accordance with international standards. They tackled the right to freedom of expression and the importance of enhancing the protection of reputation and privacy. They also discussed the responsibilities of the Libyan legislator towards the media sector and the importance of enacting new laws by the upcoming legislative authority

The participants stressed the need for drafting a law establishing the High Constitutional Committee for media in accordance with Article 174 of the constitution, chapter Constitutional Bodies. Article 174  provides for the establishment of the High Media Council as an independent authority over which only the judiciary has authority. The Council’s mission is to regulate the media sector. The participants agreed on the responsibility of the legislator in regulating the Sector by approving the bills of law that are being worked on

The participants stressed the need to distinguish between the right to freedom of expression and the use of hate speech in the media or social media platforms. Legal texts should deter the use of words that fuel incitement and violence. There is a need to develop clear definitions of types of cybercrimes, and to ensure that stakeholders do not exploit cybercrime law to abuse their powers and prosecute activists and journalists

This eighth session comes within the National Initiative for the drafting of a document respecting freedom of expression and the independence of media institutions, to which signatures will be collected from candidates to the upcoming presidential and parliamentary elections. It will be a pledge to work with journalists and civil society when deliberating on new bills 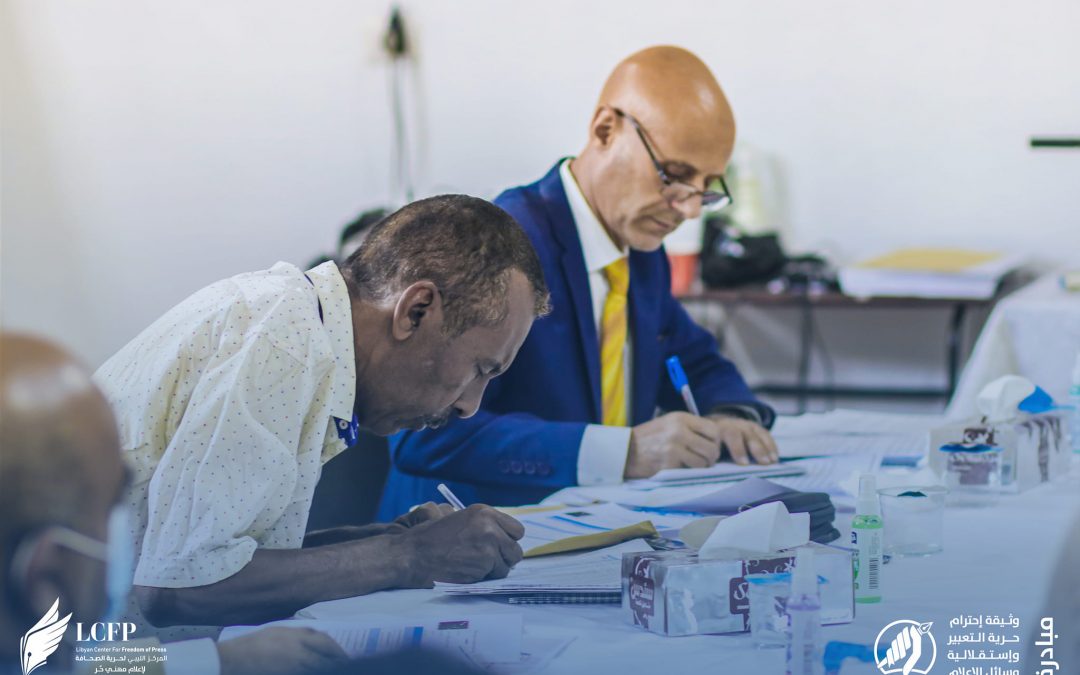 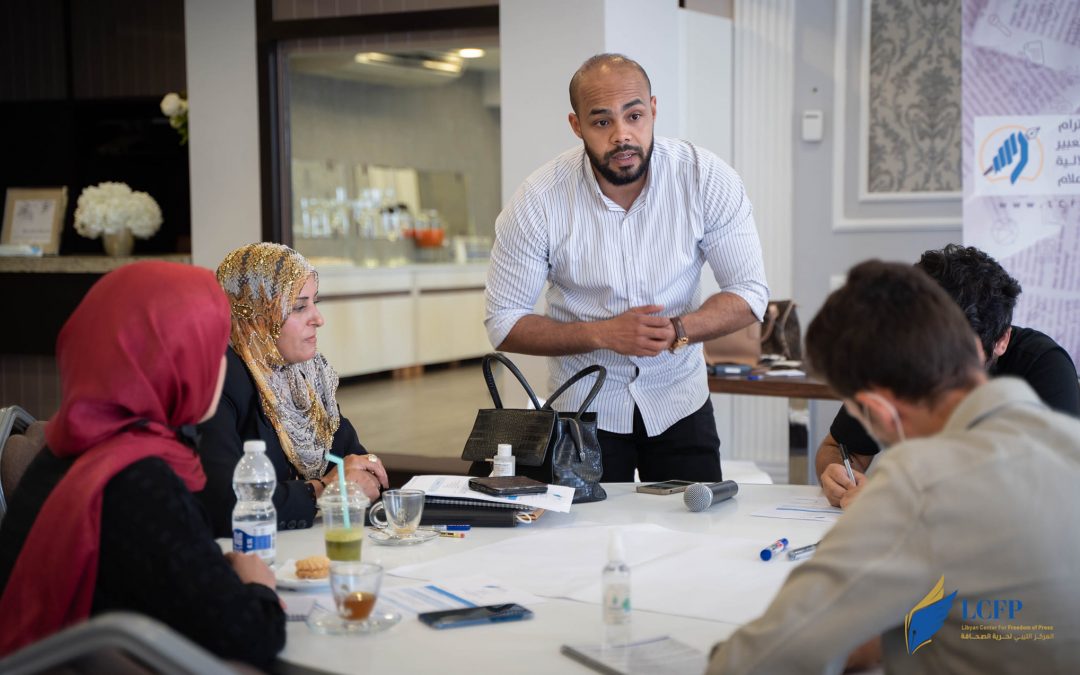