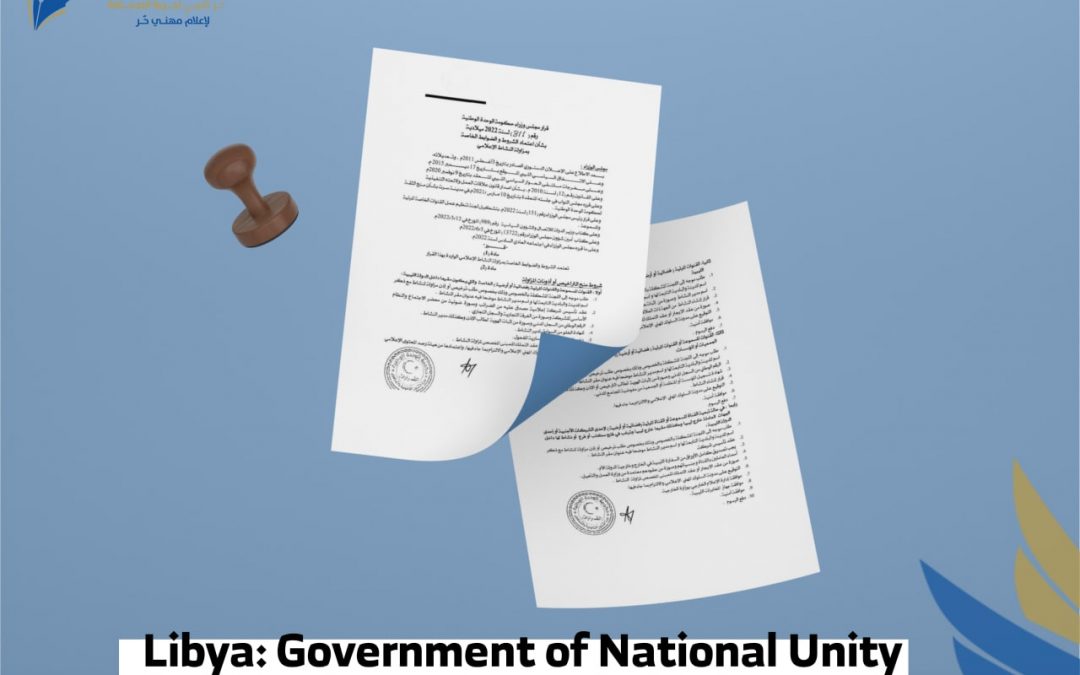 The undersigned organisations and associations call on the Government of National Unity to repeal its dangerous decision regarding audiovisual media because of the grave risks it poses to the diversity and plurality of the media landscape in Libya, as well as its threat to the integrity of any upcoming electoral process
On 15 September 2022, the Government of National Unity issued Decision n° 811 of 2022 on the conditions and requirements for audiovisual media activities. Decision n° 811 includes irregular stipulations that violate media freedom, such as requiring the approval of the security authorities or the approval of the Libyan intelligence service – and thereby allowing security and military authorities to intervene in the regulation of audiovisual media
The lack of independence of the committee adds to the seriousness of the situation. The Committee for the Regulation of the Work of Private Audiovisual Channels is supervised by the Department of Information and Government Communications at the Cabinet Office, and security agencies have a strong presence within the committee itself: it is headed by a former security officer and several members sit on the committee, including two representatives of the Ministry of Interior and the Libyan intelligence service
The permission to practice is granted by the Committee for the Regulation of the Work of Private Audiovisual Channels, which was established in March 2022 by a government decision, n°151 of 2022. Permission is granted after media outlets meet a set of conditions that determine the legal status of media institutions and outlets that produce audiovisual content, and after they obtain a licence from the Ministry of Interior or the intelligence service or tax administration, and pay the required fees
The government’s decision requires that audiovisual institutions pay high fees ranging from 20,000 to 30,000 dollars for TV channels, and between 7,000 and 10,000 dollars for radio stations. These fees constitute unfair, prohibitive conditions, especially since channels are obliged to pay between 4,000 and 20,000 dollars each year to renew their licence. These conditions threaten the viability of media institutions, which may find themselves unable to continue their activities if they do not meet the approval of the security services or the intelligence service or because of their inability to pay the high amount of fees
The undersigned organisations and associations stress that while it is legitimate to regulate the audiovisual communication sector with the aim of ensuring the plurality and diversity of the media landscape and the transparency of media ownership, it should not end up with the government taking control of the media sector. The upcoming elections in Libya require that media institutions are protected from political tensions and from any threats of closure
The undersigned organisations and associations call on the Government of National Unity to withdraw this dangerous decision and to hold open and transparent consultations with media institutions, civil society organisations and experts to draft a decision that respects media freedom, independence, pluralism and the viability of the media

6. The Libyan Center for Freedom of Press (LCFP) 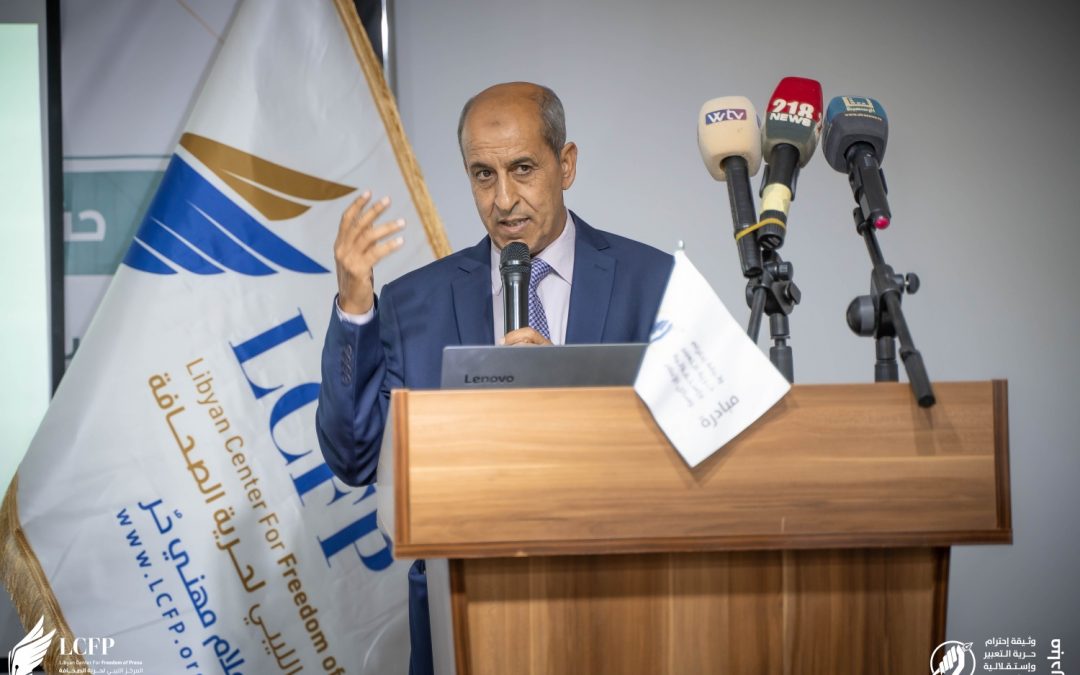 A new discussion session was held in the city of Misrata within the National Initiative for the drafting of a “document respecting freedom of expression and the independence of media institutions”. Twenty journalists, television correspondents, academics and legal professionals participated in the Session. The discussion was mainly about the need for media practices to be regulated by national legislations that enhance independence and freedom.

The participants agreed on the necessity of providing a draft law to set up the National Media Foundation that is independent from the executive government and is responsible for managing and reorganizing the media sector and public media. It should also reorganize radio and television broadcast, grant licenses to private media institutions and oblige them to disclose their funding sources, and make them respect the regulations and standards it sets. The National Media Foundation is the highest independent authority. Its role is regulation. The members of its board of directors have the necessary expertise.

The participants focused on the need to protect reputation and privacy.  It is necessary according to them, to set executive regulations to ensure that media institutions are not involved in spreading rumors and biased news that harm the reputation of others. In addition, the Foundation should reform the general sanction procedures related to publishing issues. The participants agreed that respect should prevail between political actors. Freedom of expression is a sacred right that is a part of the national constants. However, it should not threaten civil peace, public health or public order. Government officials will be bound to disclose information through the law on access to information to be adopted by the coming legislative authority.

The participants also highlighted the need to activate monitoring and oversight on press and digital content. It is necessary to focus on combating disinformation, hate speech, rumors and spreading for destructive ideas on social media. Internet should be regulated in order to enhance its position as a free digital space.

The participants find it imperative to develop educational curricula for Libyan media colleges, to develop media laboratories and to enhance their technical capacities. They also called on the candidates to the upcoming national elections to pledge to work with civil society and journalists on draft laws related to press and publishing. They also have to work on the law of the National Media Foundation, which is being prepared by experts in the field of media and law in the National Committee for reviewing media draft laws administered by the Libyan Organization for Independent Media. 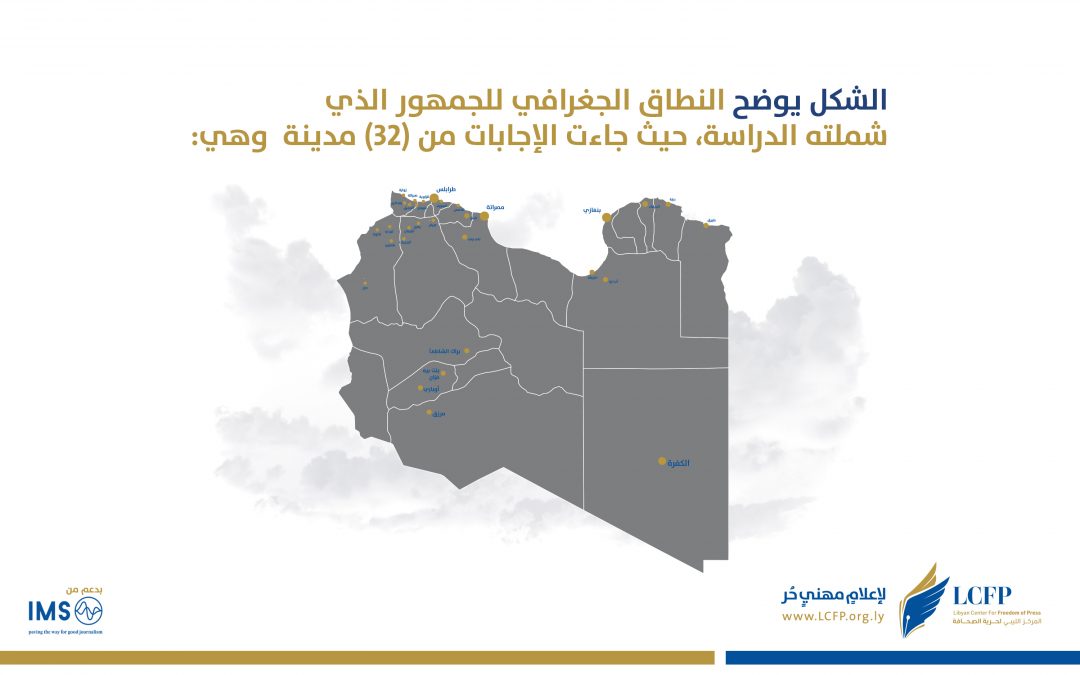