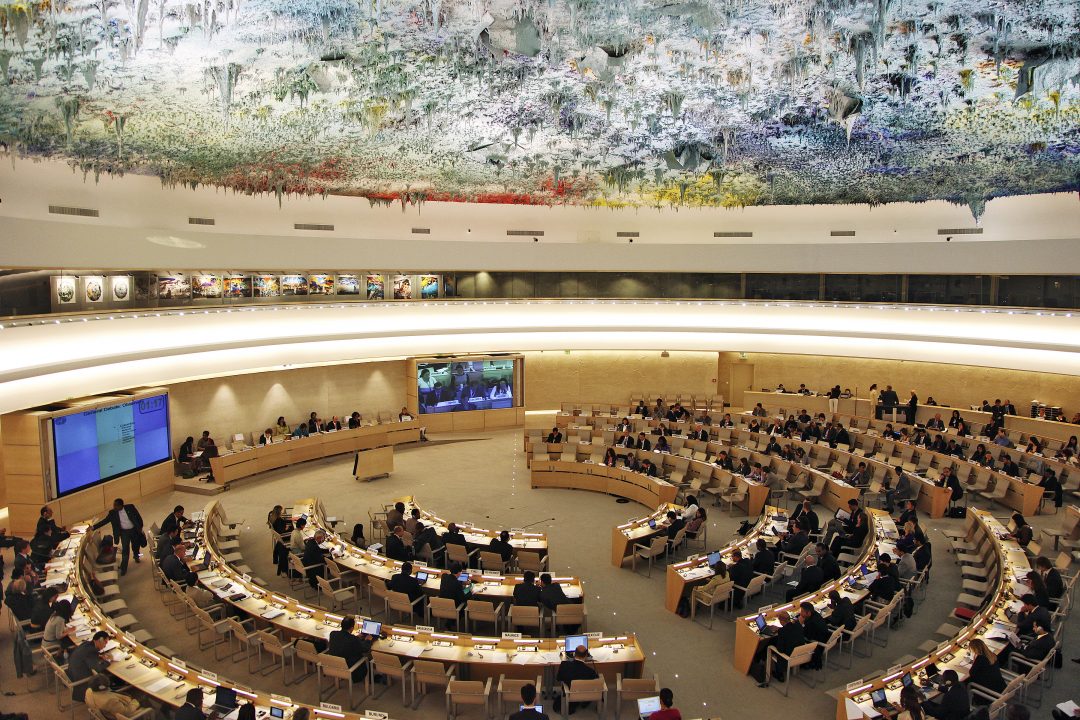 To the Honourable Representatives of the State of Libya,

Last November, Libya undertook its third Universal Periodic Review (UPR) during which it received 285 recommendations from UN Member States in order to improve the human rights situation in the country. On 16 March 2021, as part of its 46th ordinary session, the UN Human Rights Council adopted the outcome report of Libya’s UPR, including the UPR recommendations that Libya accepted. Out of the 285 recommendations received, Libya accepted 181 and noted 104.

The undersigned human rights organisations urgently call on the Libyan state to comply with its previous commitments to human rights and accountability in the country by not only reversing its position and accepting all 285 recommendations but also by ensuring the immediate implementation of all past and current recommendations received from UN Member States during its UPR review aimed at improving the human rights situation in the country.

The undersigned organisations urge the authorities to take genuine steps towards addressing the deteriorating human rights situation by implementing the recommendations it accepted in previous and present UPR cycles. Whilst we welcome some of the measures already taken to address the recommendations it accepted in its 2015 UPR as detailed in Libya’s national report, including efforts to dismantle human trafficking networks, to promote the role of women in society and the rights of persons with disabilities, we firmly believe much more can and must be done to achieve systemic change and improve the human rights situation in Libya.

Overall, Libya has failed to implement most of the recommendations it accepted during its 2015 UPR; human rights violations remain widespread in the country while the perpetrators continue to enjoy total impunity. Libya’s national laws are still not in compliance with international obligations and legal standards under international human rights law. In light of the recent UPR outcome, we therefore reiterate our recommendations made in our stakeholder reports, submitted in October 2019. While some recommendations have been accepted by Libya, a large part have also been rejected. These recommendations concern freedoms of association and peaceful assembly, the rights of women and the gendered impact of the conflict since 2011, violations against migrants and Libya’s repressive policies on asylum, and the widespread pattern of enforced disappearances in Libya.

We are particularly concerned with the crackdown on Libyan civil society and the severe restrictions on their freedoms of expression and association, which Libya has failed to acknowledge in its national report, during the interactive dialogue on its UPR and more recently by refusing to accept recommendations to lift all restrictions on civil society and to protect human rights defenders, media and legal professionals. Failing to implement recommendations that would allow civil society to properly function will continue to have a negative impact on the overall environment of human rights in the country. We particularly wish to underline our concerns over the adoption of Decree 286 of 2019 and more recently, a pledge by the Civil Society Commission on 7 December 2020 to implement Decree 286 with further restrictions, which have significantly increased the powers of the Libyan State to impede the work of civil society in Libya. Under these worrisome regulations, CSOs must obtain prior authorisation from a government committee to carry out research and other related activities, conduct international advocacy meetings and events, cooperate with international or national organisations, and undertake fundraising activities both locally and internationally. These regulations fail to comply with international standards and violate the rights of civil society and human rights activists to freedom of expression and to freedom of association and peaceful assembly. Civil society actors and organisations play an important role in the path to democracy, and as Libya moves towards elections, the ability of civil society, and all Libyans, to participate in the political process is of crucial importance. Libya must ensure that civil society in the country can work freely and without hindrance by repealing repressive regulations and legislation.

We welcome the adoption of Decree 210 of 2016 and Decree 1436 of 2018, regarding the women’s support and empowerment unit, and other measures taken to protect women’s rights and support the empowerment of women. We celebrate the appointment of five women to posts in the interim government, including Najla Mohamed El-Mangoush as Foreign Minister and Halima Ibrahim Abdel Rahman as Minister of Justice, and emphasise the commitment made by the interim government to include women in 30 percent of senior government roles.  We welcome the fact that Libya has accepted several recommendations addressing the necessity to ensure the effective inclusion of women in political life and in all peace related talks and consultations. However, we regret that more recommendations based on ensuring the rights of women and girls did not receive the support of the Libyan state. Many legislative provisions, such as the Penal Code, still discriminate against women, particularly in relation to marriage and sexual violence. For example, Law 24 of 2010 discriminates against Libyan women married to foreign nationals by limiting their right to provide Libyan citizenship to their children. The conflict and the proliferation of armed groups and militias continue to have a negative impact on women, leaving them increasingly vulnerable to sexual and gender-based violence in the form of both physical and online violence, which includes threats, harassment and reputational attacks. This has caused many women to withdraw from both public and political spaces. It is therefore crucial that Libya amend its legislative framework to promote gender equality and ensure the rights of women and girls. Further measures must be taken to eliminate all forms of sexual and gender-based violence, including online violence against women, and to ensure an enabling public and political environment that is free from reprisals for all women.

The undersigned organisations also regret that Libya has only taken notes of the recommendations to end arbitrary and indefinite detention for migrants and refugees in Libya. Migrants, refugees and asylum seekers continue to be routinely exposed to human rights violations across the country. They suffer torture and other ill-treatment, arbitrary detention in overcrowded and unsanitary conditions, sexual violence, trafficking and other exploitative practices. These dire conditions have been aggravated by the current context of the Covid-19 pandemic. Libya should end the criminalisation of the entry, stay and exit of migrants and the resulting system of automatic detention as well as protect the rights of refugees and asylum seekers. As a step in that direction, Libya should also ratify the 1951 Convention relating to the Status of Refugees and its 1967 Protocol.

While Law No. 10 of 2013 criminalises torture and enforced disappearances, the widespread use of enforced disappearances to silence dissenting voices persists across Libya. Thousands of people are believed to have been forcibly disappeared since 2011. The conflict that followed the attack on Tripoli in April 2019 further brought a surge of new cases. Libya’s Penal Code and Code of Criminal Procedure still fail to comply with international standards and include provisions facilitating the occurrence of enforced disappearance by placing the detainee outside judicial oversight and without access to lawyers and families.  We welcome the fact that Libya indicated its willingness to ratify the International Convention for the Protection of All Persons from Enforced Disappearance (ICPPED) and accepted the corresponding recommendation. We call on Libya to abide by this commitment and to take steps promptly to accede to the ICPPED as well as the Optional Protocol of the Convention against Torture (CAT), which establishes preventive bodies and an international inspection system for places of detention. However, we regret that Libya has failed to accept recommendations to bring the Penal Code in line with international standards, and to define crimes under international law in Libya’s domestic legal system clearly. Prompt measures should be taken to align Libya’s national legal framework with key international instruments to facilitate the fight against impunity. It is also key for Libyan authorities to facilitate unfettered access for, and cooperate fully with, the recently established Fact-Finding Mission throughout Libya in order to investigate these and other violations and identify the perpetrators.

In light of the above, we wish to remind the Libyan state of its ongoing commitment to uphold and protect human rights and urge the Libyan state to implement all recommendations made to it during the latest UPR. The undersigned organisations welcome the appointment of the Government of National Unity (GNU) as a positive step towards state building and peace and wish to highlight its key role in Libya’s transition towards sustainable peace. In order for this to be achieved, human rights must be at the forefront of the GNU’s policies. Ten years on from the 2011 uprising, this is an important moment for Libya to renew and demonstrate its commitment to improving the human rights situation in the country.

I am a Libyan Woman but My Child is A Foreigner

Lawyers for Justice in Libya

Libyan Center for Freedom of Press

Tamkeen Organisation for People with Disabilities