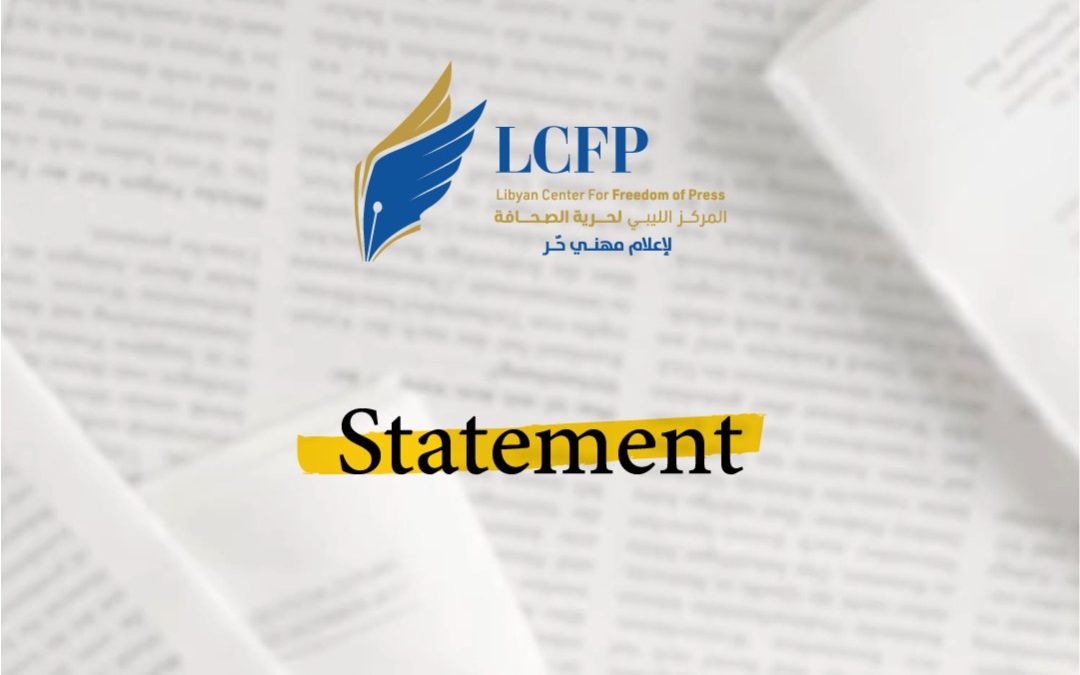 The basic vision of the coalition of non-governmental organizations concerned with media, human rights and community development is based on developing an integrated national strategy to defend freedom of expression and media. It is also based on pushing towards the adoption of fundamental structural reforms in media, and the adoption of a law for the Supreme Council for Media.

We affirm that freedom of expression in media is a basic human right that must be safeguarded. We must also strengthen the independence and pluralism of the Libyan media, and support the right of male and female citizens to access information.

We stress that freedom of media and independence of the press are the essence and the main pillars for rational regimes, political pluralism. They enshrine the values ​​of justice and equality. They are tools without which human rights, the rule of law and democracy cannot be guaranteed.

We appreciate the little reforms recently approved by the Government of National Unity regarding the establishment of a media monitoring body. However, there are still many radical reforms that should be implemented, most notably the establishment of the Supreme Council for Media, the restructuring of public media, and the reduction of negative interference or control over media institutions.

We recognize the essential role that media plays in the transition process. It ensures access to fair and transparent information for the general public, as well as the right of the public to express their views and concerns, and unveil wrong practices. It is also a tool to combat all forms of hate speech.

We assert the huge and remarkable changes that have occurred in the media and communication environment as a result of the development of media technologies and social media, which prevented the powerful from monopolizing information and media, and prompted change in societies.

We are determined to push for further reforms and for the adoption of the media regulation law that media NGOs are working on.

Therefore, we, the undersigned organizations, announce the establishment of an alliance to defend freedom of media and work together to make the necessary reforms in the Media. The most important of which is calling on the House of Representatives to approve the media regulation law, which the Libyan Organization for Independent Media has worked on since 2019 through a committee that includes legal experts and journalists.

The Libyan Organization for Independent Media

The Libyan Center for Freedom of Press

The Libyan Observatory for Freedom of Expression

The Libyan Institution for Investigative Journalism

Zallaf Association for Development and Media

Institute of Arts for Culture and Media